Offshoring used to be a buzzword for British industry – with company after company shifting its production to lower cost countries. Now there are signs that the opposite is happening as more and more businesses are re-locating their production back to the UK.

One case in particular is that of Hornby Hobbies Ltd, who now produce their Airfix Quick Build in the UK, together with 60% of the Humbrol range. Proving that the argument for offshoring manufacturing is no longer so clear-cut, it seems that Asian production facilities were suffering from both labour shortages and quality issues and that local manufacturing provided a way of reducing costs and production risks.

This was particularly good news for the army of loyal British Airfix fans, who saw the demise of the iconic brand trading under Humbrol in 2006, only for it to be re-launched in a rescue deal by Hornby Hobbies. The downside of the collapse being the loss of the Airfix manufacturing site in Hull, with the production of model kits being moved to Asia; the old Airfix factory was subsequently demolished in 2008.

Quick Build works on the premise that to drag kids away from their gaming consoles and allow them to make things fast and go right to the play point, snap together rather than glue-able model kits are the way forward. The initial range of Quick Build kits consisted of 6 aircraft models using push-fit construction technology, included: Spitfire, Messerschmitt Bf109e, Eurofighter Typhoon, BAe Hawk, Apache Helicopter and F22 Raptor. The Airfix Quick Build brand won Best New Toy in the hobby category at the 2013 London Toy Fair.

The production chain for the Quick Build range in the UK, has its manufacturing roots in Newhaven, East Sussex with local firm, Plastech, providing the tooling and injection moulding for the snap together parts. With the Airfix brand being a passion of Plastech’s Head of UK Operations, Mark Thompson, the Quick Build project was won with assurances of improved quality, reduced lead times, next day deliveries and flexible stock holding. And with Plastribution supplying raw material, Airfix launched the Quick Build range in October 2013 with 140,000 kits across all model variants for an initial 6-month period.

Given the need for more durable components than those used in glue construction, Plastribution were able to recommend an ABS polymer for the main aircraft fuselage, providing a high quality finish and impact resistant toughness which is ideal for younger modellers. For the grey display stands and tinted cockpits, the transparent ABS resin, POLYLAC®PA-758, is being supplied, giving excellent clarity, high flow and medium impact. And for its fatigue resistant qualities and abrasion resistance, Iupital® Acetal is being used for helicopter rotors and propellers.

Sean Tutt, Production Manager at Plastech said: “We were very excited at the prospect of Airfix models being manufactured back in the UK. Now everything down to the decal sheet is sourced in this country. The Quick Build range is gathering momentum and we could be looking at an increase to over 18 model kits being available at retail in 2-3 years time.”

Since October 2013, the Airfix Quick Build range has grown to include: desert variations of the Spitfire and Messerschmitt, BAe Harrier, Lamborghini Aventador, Challenger Tank and the Bugatti Veyron, bringing available kits up to 12.  And with improvements being made right across the supply chain, Plastech are currently producing 8,000 kits per week in what clearly amounts to a reshoring success story. 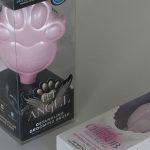